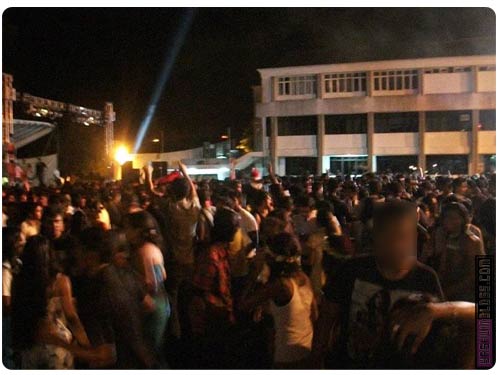 Below is an article submitted by one of my readers. Well, it seems that this problem has not been widely published/broadcast in the media. Was there any attempt of cover up?

On Thursday 22 December 2011, there was an EOY (End of Year party) celebrated at a prestigious university in Mauritius. Several caterers were present to distribute food after receiving the tender from the Administration.

The next day, several students received their Christmas gift, even though Santa didn’t delivered that particular gift; FOOD POISONING. A large group of students found themselves in hospitals after having terrible belly pain, diarrhea, stomach ache and puking.

Facebook groups concerning that particular University started getting flooded with wallposts about students complaining about their misadventure.

Whilst some close allies to the Student Union started discouraging students to go forward with the matter, a few courageous ones didn’t give up and continued with their fights. 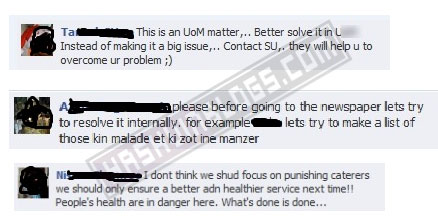 What is more shorting is that some people are making as if food poisoning isn’t such a big issue. Perhaps, they will only react if one of the students dies!

And of course, we shouldn’t punish the caterer! Let other people take the services of those particular catering and be ill or in the worst case scenario, let some die! We should be selfish! (Note the level of sarcasm.)

We want the truth and not some cover-up. We want the responsible to be held accountable and prosecuted in a court of law. Food poisoning is a very serious issue and shouldn’t be “a la legere” 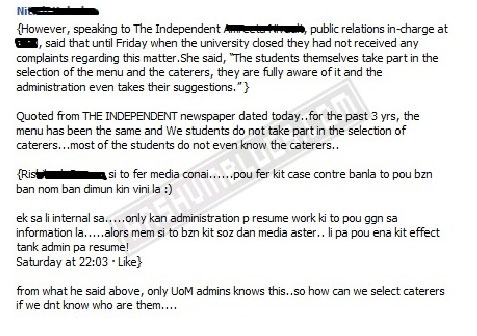