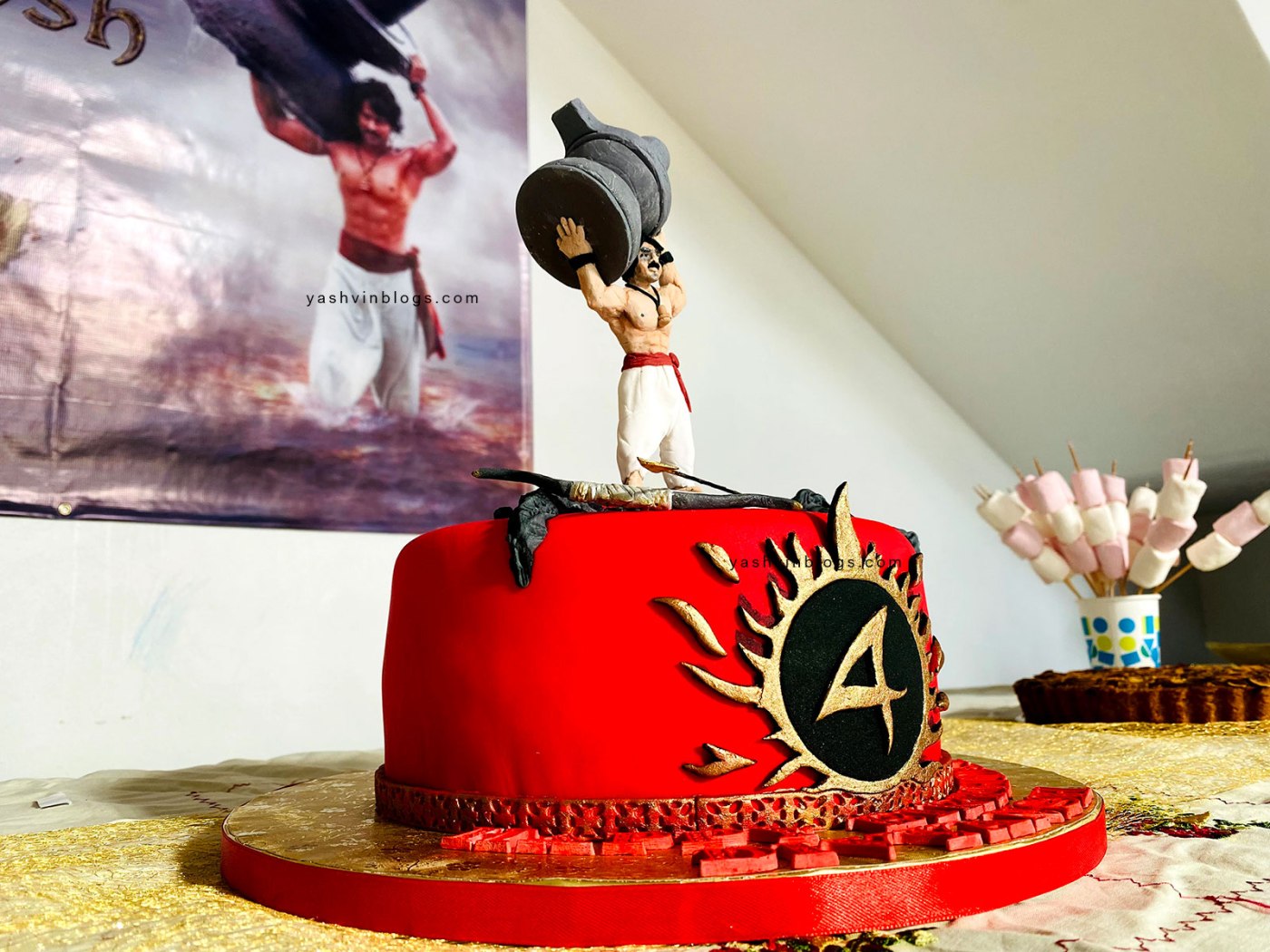 Bahubali is a Telegu and Tamil movies from 2015 and 2017, later dubbed in hindi. Both releases achieved records in terms of budget allocated and box office hits .The movies are indeed awesome to watch. We (rather the kids) came across these movies back in April 2021 and since then, the songs have been playing daily on our television sets, hence the choice as a birthday theme.

This time, we went for a simpler birthday with less fancy stuffs but we tried something new : Background banner made of flex (same one used for advertising etc).

Surprisingly, a 1m60 x 1m20 color flex banner costs between Rs700 to Rs900 while a 60cm x 60cm banner is around Rs300. Very affordable prices unlike traditional banners which are not that cheap. The advantage is that you can design your own one and re-use that for multiple birthdays or use it as a decorative item.

We were also pleasantly surprised by the t-shirts made by Deepa and Neha, featuring the photos of the kids in both the front and back.

Overall, the birthday was awesome, with the movie’s music being played during the cake cutting while the kids were dancing to the tune.