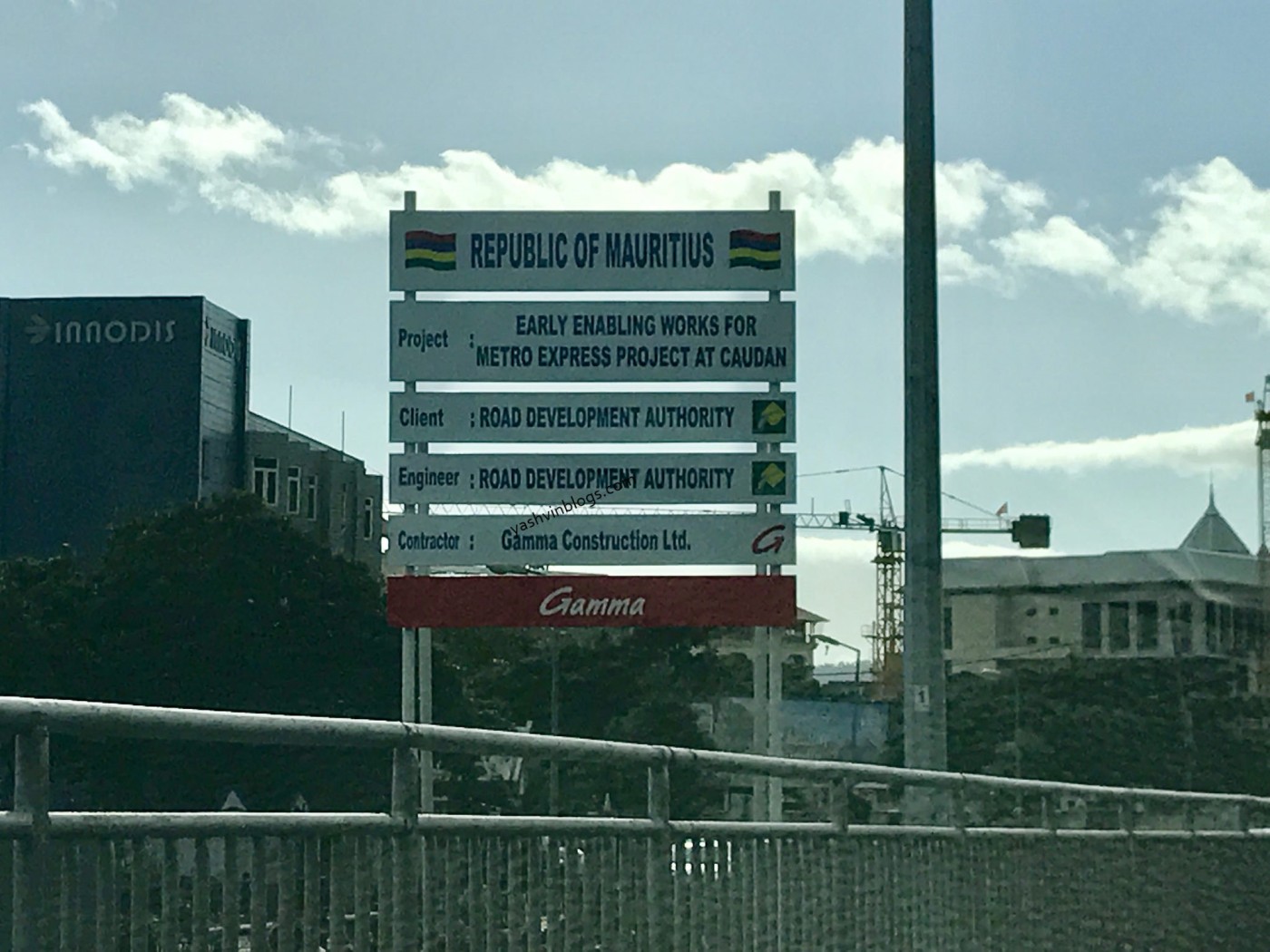 If you drove from Caudan Flyover towards Port Louis during the past days, you probably noticed some changes along this specific part of the motorway. Trees were being cut down in the green space found in-between Caudan and the Motorway. As for any development purposes, the following board notice was placed to inform the general public of the nature of works :

As stated, the government has already started to work on the announced Metro Express project despite their strong disapproval during their campaign for the past general elections. Some of the reasons why the previous government failed to win the past elections are that the most Mauritians were against their Metro Leger project as well as their project of implementing a second republic in Mauritius. But however, a few days back, the present government has once more showed its determination to go forward with this controversial project as they signed the contract with an Indian construction company, Larsen & Toubro Ltd for an amount of Rs 18.8 billions.  The said Metro Express will have 18 “trains” fitted with 7 wagons, each of a capacity of 307 passengers. The project will connect Curepipe to Port Louis and 19 sub-stations in-between. The total distance of 26 kms is estimated to be covered in 41 minutes.

Coming back to the signs:

Fortunately, I already took a shot of the notice and posted it on my blog’s Facebook page since strangely, the board disappeared when I drove there during the past 2 days:

I even had a look all around the place : Along the motorway and along the parallel road going towards Caudan Waterfront’s parking. The two signs have indeed disappeared and on one of the initial spots, the structure is still there but without the contents of the sign. Now, there are a few possible reasons behind this :

Mauritians do not pay attention to the nature of works being carried out.

The “Early enabling works” are over. If this is the case, I’m very surprised as in probably 99.9% of cases, the same authorities may take days and weeks to remove such  signs. The latter are indeed very reactive and act immediately once the works are over but this probably brings back to the first reason stated above : The signs were taken down as soon as works were done so that Mauritians do not pay attention to the nature of the works. I will greatly appreciate if the authorities show the same enthusiasm for all works being done in the country.

Any updates will definitely be posted on this same page.