When leaving home for work (Port Louis) everyday, I ask myself the same question : “Which route shall I take today?”. Even though it is difficult to know which one will have a fluid traffic, the decision is taken haphazardly and sometimes by trying to establish some trend noticed during the past days. Also, if you find a few buses or lorries leading the queue of vehicles, you know that it is more wise to choose a different route, if possible.

Well, for today’s post, I have compiled a few routes which I follow regularly to reach work, not necessarily the shortest route, but rather one without any big traffic jams whereby your vehicle is moving at a snail’s pace. Remember, travelling a shorter distance ( through a dense traffic jam) does not necessarily mean that you are using less fuel than travelling longer but at a regular speed.

Most people living in the north must necessarily pass the Terre Rouge roundabout or Arsenal. So, it might be possible for them to use the mentioned routes partly.

Note : Distance estimates are as per Google Maps. 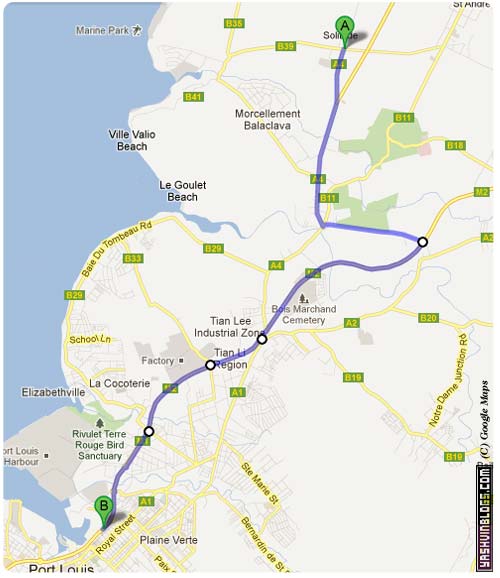 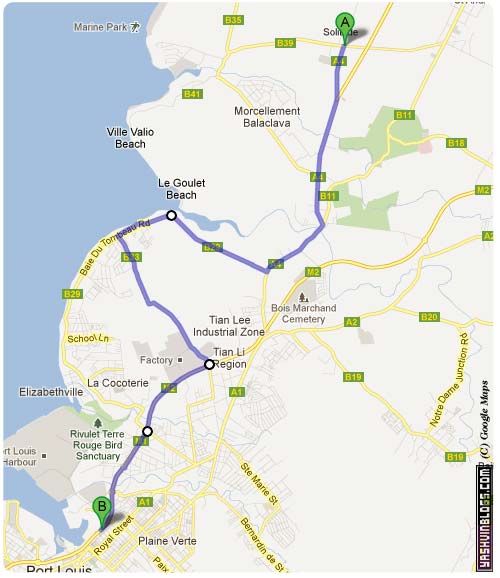 For the past months, I have been mostly following the last one above (through Baie du Tombeau and Roche Bois) but from time to time, I use the others too, just to check if they are getting better. lol.

It would be nice if people from the north could share which route they usually take daily and why. If anyone is interested to help me in writing similar articles for other regions of the island, don’t hesitate! Get in touch!

14 thoughts on “Alternative routes to Port Louis, from the north”