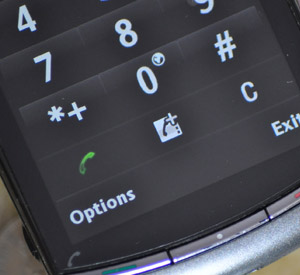 Do you still remember the advert about the Fun Tone service of Orange?

If you use your mobile to call your friends (like most people do), you have most probably noticed that many people chose to replace the traditional ring back (waiting) tone by some music, hereby referred as the “Fun Tone”. These group of people have probably sent requests to subscribe to the service via

My guest writer Bhanu had that experience a few days ago. While calling one of his contacts, he accidentally pressed the key (and perhaps a lot of other keys simultaneously). He might have been careless but you might have the same problem if you have some touch screen models in particular.

He was immediately bombarded with a few SMS sent by Orange, congratulating him (lol) for subscribing to the Fun Tone and also, for choosing that specific Fun Tone.

When calculating the total costs mentioned in those SMS, he realised that he paid

He called the customer care to inquire about this Fun Tone and they told him that he should SMS “STOP” to 8787 to cancel the subscription. One thing that he ignores till he reads this article is that he also paid Rs0.60 for this last sms. This accidental key press while handling his phone cost him Rs19.60, if there are no other hidden charges of course.

For a more friendly usability, I believe that Orange should have sent a confirmation message before cutting off your credits for a service you have no intent to subscribe to. Don’t you think so?

And finally, are you among those who accidentally subscribed to the Orange Fun Tone too?