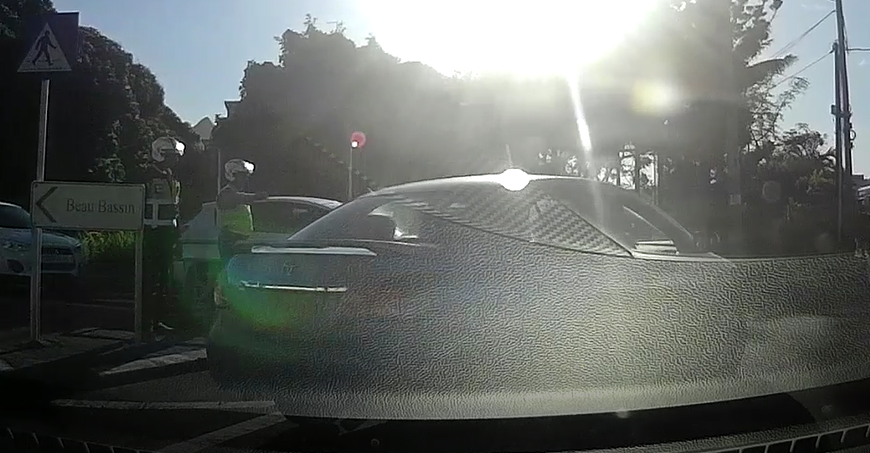 Today, a car took a wrong lane in front of me.

Typical day you would say and thousand of drivers experience the same situation every single day. I agree. But when two police officer witness this specific road offense and one of them only waves his hand at the driver, then you start asking yourself questions. Is the police force becoming so tolerant towards drivers? And above all, are these 2 specific police officers only gossiping on this roundabout instead of taking any action? What are their roles?

Fortunately, I have the above dashcam video to prove what I just wrote.

There isn’t a day when I can say that I have not seen other drivers committing road offenses. There are so many people who won’t hesitate to overtake on solid white lines, park on double yellow lines, stop on yellow boxes, take wrong lanes to avoid queues on roundabouts. You probably also came across someone at a pedestrian crossing having to wait for a long time before vehicles stop to allow him / her to walk to the other side :

The list is so long and I have so many dash cam video footage that I regularly need to empty the memory card. However, it is true that  you won’t see such offenses being made when police officers are standing round the corner of the street or a police vehicle parked nearby.

I seriously think that law enforcement is not the priority in the country.