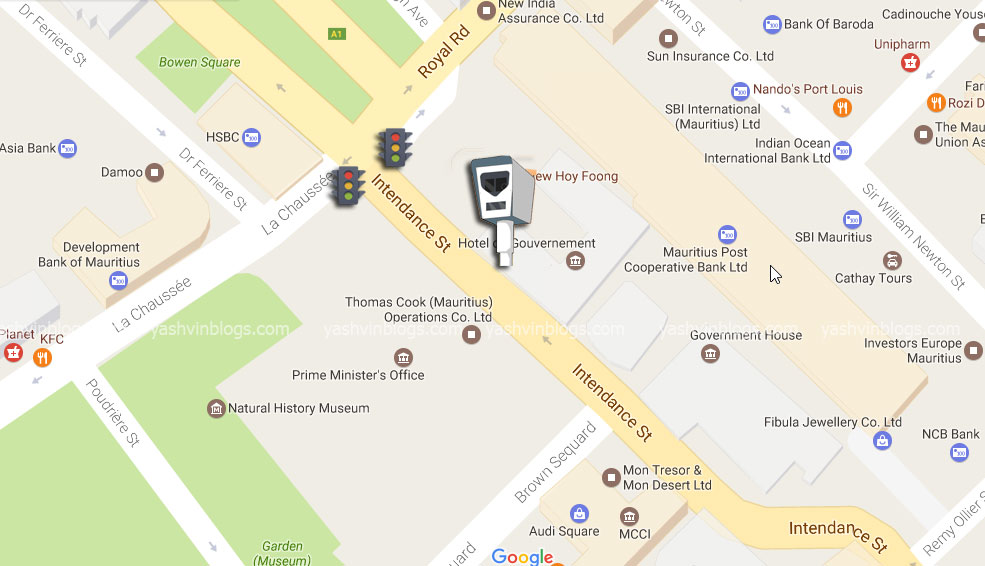 Two weeks back, I was surprised to come across fresly installed traffic lights  (the new model with the beeps and countdown) at the corner of La Chausee Street and Rue Royal at Place d’Armes. You probably noticed it if ever you went to Porlwi by Light. Even more strange, they replaced the existing pedestrian crossing with  a traffic light at a point where the traffic flows slowly most of the time because fluidity in this section of the capital critically depends on the (fairly little) amount of vehicles able to join the motorway.

Just today, a friend announced the installation of a speed camera some meters from the freshly installed traffic light. Since I work very close to this area, I went for a walk to be able to take a shot. The guys were nearly finished with the cement works for both the camera and flash metal structures :

Today, I came across new speed limits panels on the road whose speed limit has been reviewed from 60km/hr to 40 km/hr :

Personally, I haven’t ever heard of any accident there. I don’t even know if this particular region is considered as a black spot by the authorities. First the traffic lights in a dense area, then followed by a speed camera. What’s next?