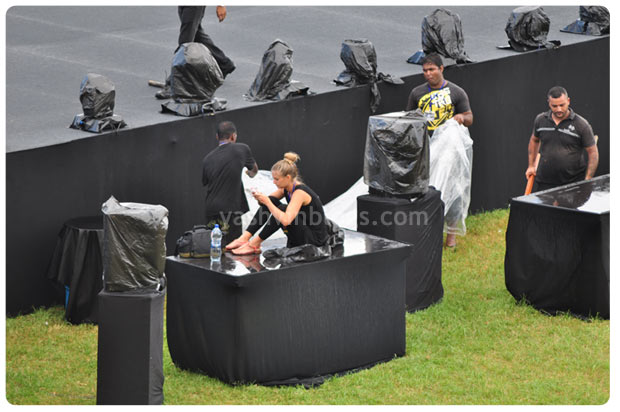 It is sad to say that the Independence and Republic anniversary celebrations are kinda becoming boring with the same show over and over again. Nothing really new could be seen this evening. I don’t know if some of you might remember, but I miss those old days when the police force were doing real shows on their motorbikes.

As for the previous year, the flag raising ceremony and the cultural show was held again in the north at the “Anjalay Stadium”, Belle Vue. Those who follow me on Facebook have probably seen the pictures which I uploaded live from there.

As compared to last year, here are the key differences:

I left the stadium a few minutes before the end of the parade. I had no intention to stay to watch the “cultural” show (not even at home!) and probably a lot of people left too because of the rain.

Well, that’s all from me.

46 pictures have been uploaded below. Click on the arrows to navigate through them :