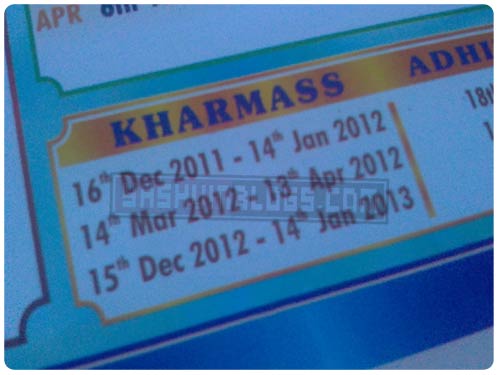 1st February 2012! Time flies so quickly. This month will be even shorter with only 29days and 3 public holidays! Youpiiiii!

After my article on the Kharmas, you must have been surprised to see this blog post here, isn’t it? Well, you might not believe it, but “Kharmas” is a widely searched keyword on the net and generate much traffic, hence the decision to write again on this topic.

Many have been looking for the corresponding dates for the year 2012, which are as follows :

Remember, DO NOT start anything new in your life or make the first step during this same period. It is said to be inauspicious.

btw, 16000 comments already! Thank you all for being here! Cheers!