I finally found an article to blog!
There’s a video shared by my dear colleague (and freelance yashvinblogs.com reporter) Bhanu. He wanted me to comment on his link on Facebook but I decided not do so there, but on his insistence, I will share a few words, just after the video.

This video was shot last year in Goodlands in front of the “Monte Games” (Casino). Comments on the web show people highly criticizing the police officers on the scene. In my opinion, I think that these people most probably do not know anything except “La police la pou proteze nou”. How, Why, When? They simply don’t care.

You may have a very similar reaction too, but please do read the few points below before heading towards the comments section :

Different units of the police force :

The Police force is divided into different units, each with a specific purpose. For instance, you can’t ask a “normal” police officer Edited by Yashvin, thanks to Timothy‘s comment) to conduct a rescue operation/drug case . This might not be the thing he does best.Â Similarly, the police officers in the above video are simply not trained to handle the above situation which has rapidly turned into a violent fight scene.

You have surely seen these guys, heavily armed and ready to force into and scare a hostile crowd. Yes, we are here talking about the Special Supporting Unit (SSU). I can guarantee you, you won’t see anyone of them standing on a pedestrian crossing, stopping vehicles so as school kids can cross the road safely.
In similar scenarios as the one above, the SSU are quickly requested in such environment to bring everyone down to earth, even thugs. They undergo tough training sessions and are highly effective in accomplishing their mission.

One of the roles of the police force is crime prevention. As you have surely noticed, the police officers there have tried to talk to the trouble makers and disperse them. 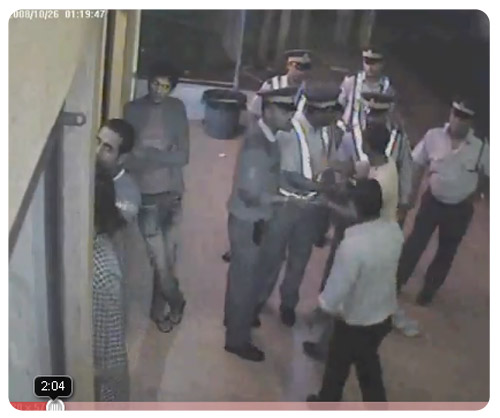 As we say in creole “met ene dialogue”. In vain, despite the numerous attempts.

Putting their life in danger

And what if one of those guys took out a gun? Some of the police officers were carrying a tonfa, that’s all!

As far as I still remember, this specific case was mentioned in the media and yet, these police officers were not blamed or punished.

Blaming is so easy

Ok, let’s say that the police officers decided to take control of the situation by (trying to, at least) neutralizing the numerous guys there. They were outnumbered, to the advantage of the 2 gangs there. This action of the police officers could have triggered violent reactions from the thugs there, resulting in serious injuries most probably on the police side. Would this have brought any positive change/calmness in the current situation?

So my dear friend Bhanu, here’s what I wanted to share with you.

I agree that cases of corruption/brutality etc exist in the police force, I don’t deny it but is it fair that the whole police force should be blamed because of a few “brebis galeuse”/black sheep?

If you follow this blog regularly, you might have noticed that I do not hesitate to write against the police force too when necessary. So, you can’t say that I am biased, I just wanted to inform some people about things that they might ignore.

So people, try to put yourself in their shoes for once beforeÂ criticizing. A little knowledge is dangerous.

And now, I would like to have your point of view and please please, try to be constructive.

29 thoughts on “Are these police officers to be blamed?”