A regular reader of yashvinblogs.com just asked me to have a look at the dress which will be worn by our Miss Mauritius during the Miss Universe 2010 contest on the 23rd August in Las Vegas. 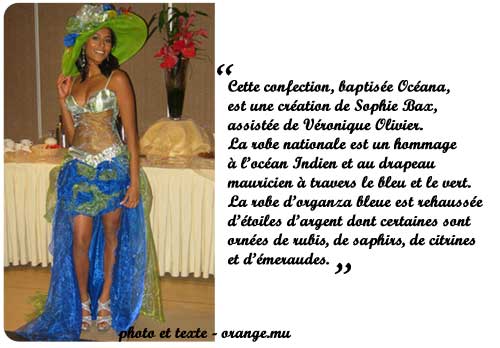 Good luck to our representative!