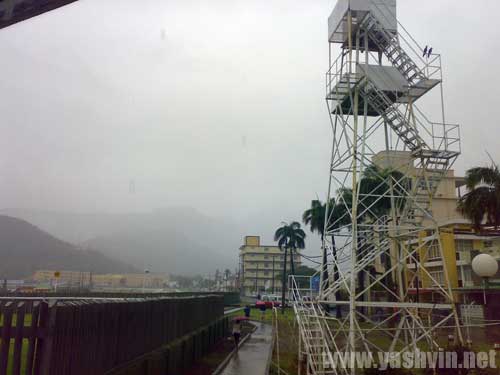 lol, I nearly laughed at myself when I was on the way to the bus station… why?

I forgot at which time I had to take the bus to go back home since for the last 3 weeks, I reached home after 22hrs, sometimes even at 01 00hrs.

When I reached Port Louis today, I noticed something strange…

Not only that Port Louis was a bit “desert”, but something which I noticed for the first time, in the capital.

Some parts of Port Louis were covered with something which looked like “brouillard”. 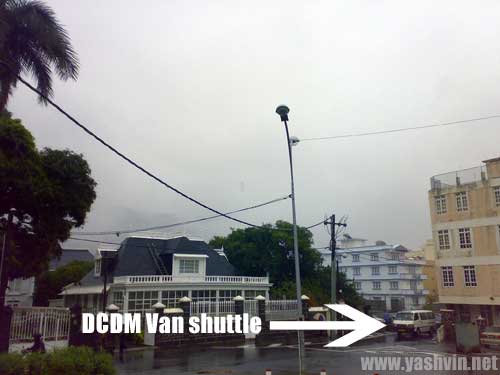 Pic took some metres from DCDM Building, and on the pic you can see the van shuffle which takes DCDM Staff from Champs de Mars to Cathédrale, Port Louis and vice versa.

I wasn’t sure, but nevertheless before reaching office, I took some pics as usual since I already knew what was the topic for the next blog post! lol!

Some mins after my arrival in Office, some of my colleagues and myself were discussing if it was “brouillard”.

Later during the day, Vishal came to me with the definitions of the words “Fog” and “Mist“.

The only difference between mist and fog is visibility. This phenomenon is called fog if the visibility is one kilometer or less. Otherwise it is known as mist. Seen from a distance, mist is bluish, while haze is more brownish. [source]

We finally came to the conclusion that It was actually a mist.

Anyway, watever it was, it did catched the attention of many people…

Perhaps if you were in Port Louis or live around here, You can say something?

12 thoughts on “Fog/Mist in Port Louis!”