As promised in my dashcam review back in April 2016, I have finally a video footage of someone throwing her litter outside a car’s window, as shown above. While driving from Rose Hill towards Ebene, I noticed the woman sitting in the rear left seat of the car throwing a piece of paper (which looked like toilet or tissue paper) outside of the window.

I immediately pressed the “lock” button on my dash cam so that this specific video is protected and saved in a different folder.

Some 100m away, the same passenger threw a second item, much larger than the first one. This time, I decided to take some action : I drove closer to the car and started horning madly.

Unaware of what was happening, the driver waived his hand at me as he thought that I wanted to overtake his vehicle and making unnecessarily noise at the same time. He also showed some signs of aggressiveness as he braked immediately. At that point of time, I guess that he literally meant :

I then got even closer to his vehicle and shouted

As shown in the video, he immediately turned towards his rear passenger to probably shout at her or to confirm what I just said. The man calmed down, steered his car slightly to the left and courteously showed me a thumbs up with his hand : I know that you are not to be blamed but I needed a video to post. Right?

It took more than one and a half year to capture someone red-handed with a solid video footage but however, my dashcam did witness another similar case back in August 2016 : Fortunately for the driver of the Hyundai 4527JU12, it was only a small plastic wrapping. 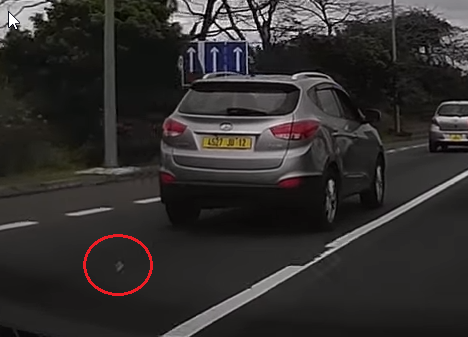 Dashcams to fight against indiscipline 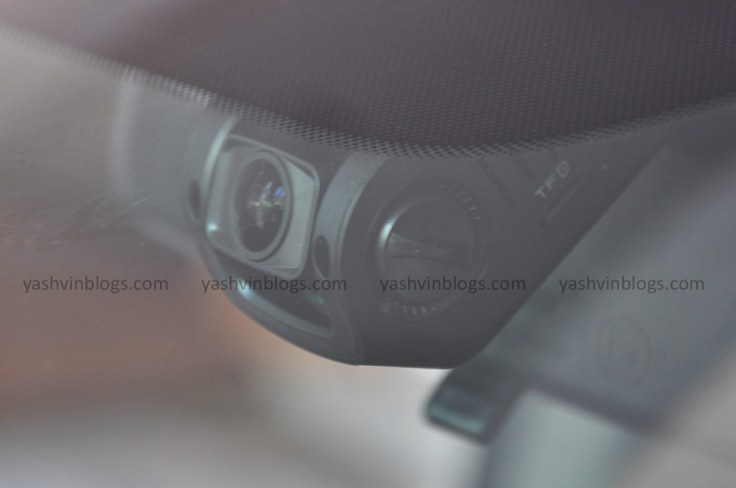 As mentioned in my previous post about road accidents, the usage of dash cams can indeed make people more alert on the roads as they will  keep in mind that they are constantly being watched. Just like people automatically show an irreproachable behavior in the presence of the police, dash cams will contribute to making our roads safer too : No more overtaking on solid while lines, no more parking on  double yellow lines, no more vehicles taking wrong lanes in order to escape traffic.

And again, you don’t need to be a highly paid road security adviser to suggest such ideas!