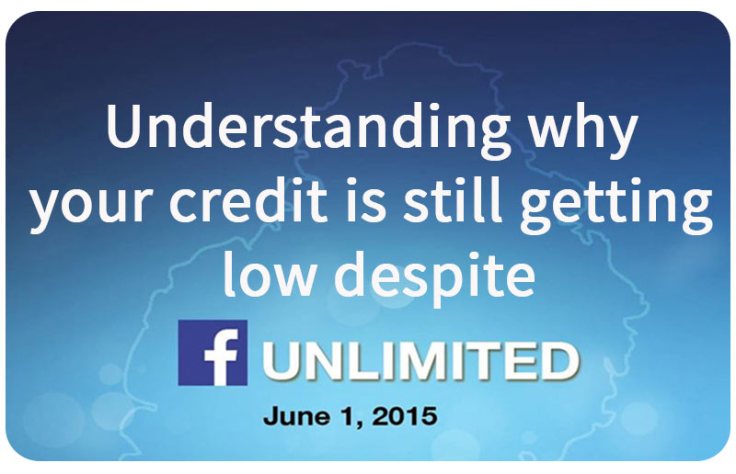 Since the 1st June 2015, Orange has been bragging about offering free Facebook to all mobile customers. Nice commercial initiative brought forward by the company’s new CEO Sherry Singh. However, many ask themselves the question : Why offer free Facebook access? After all, Facebook is among the web sites driving the most traffic worldwide.

Well, I believe that the answer is pretty straight-forward.

By giving free access to Facebook, the company is looking forward to generate money through additional activity of the users. While the free access to Facebook only concerns scrolling through your news-feed, view, like, comment on status messages, profiles and pictures, there’s a lot of other potential sources of generating extra paid activity on the network. I’m hereby not only referring to uploading / viewing videos or opening links shared on your news-feed but rather to other applications installed on your smartphone. Please note : While I’m well aware that even tablets do have SIM cards, for the sake of simplicity, I will make reference to smartphones only, more specifically Android powered ones.

If the mobile operator really wanted to offer you a complete free unlimited access to Facebook, why would they have excluded Facebook videos? As you can deduce, it is definitely a commercial move.

What consumes your mobile internet credit?

Just to quote, few of the most common apps eating your mobile bandwidth are:

Wanna have a look? Head over to your Settings -> More -> Data Usage and scroll down to view the apps consuming your bandwidth :

So, theoretically, if you do not consult your mail or use any of those apps when connected to mobile data, you think that your mobile credit will stay the same. That’s where most of us are wrong. When you first configured your smartphone, you have most probably linked your Google, Facebook, Twitter & etc accounts.

That’s how you are automatically notified of new emails / re-tweets / mentions / likes through push notifications. This means that once connected to the internet, your smartphone syncs the different accounts by automatically checking for new content.

For those running Android smartphones (I can’t say for Apples right now), there’s an option which restricts background data. This means that applications running in the background should not be able to use the active mobile data connection, hence no data transfer and no mobile credit eaten. 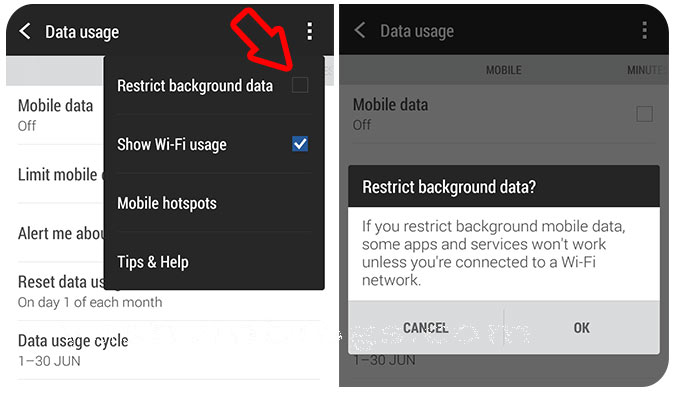 By enabling this restriction, your smartphone makes sure that none of these apps connect to the internet as long as they are not actively being viewed on the screen. This also means that you won’t get an instantaneous notification if someone mails you or leaves a comment on your Facebook post. On disabling the restriction, you get back your notifications within seconds…

This background restriction option can be used globally on the smartphone or applied to every individual app installed. For example, if you notice that your Gmail consumes too much data, you can opt to restrict data on Gmail only. However, if you thought that this trick might help you to keep your mobile credit untouched while you enjoy surfing freely on Facebook, you are wrong again.

Your smartphone is really smart… 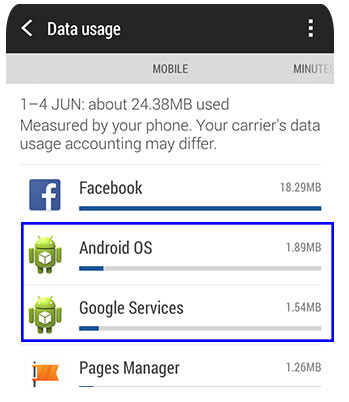 As a communication device, your smartphone is really dedicated to this task. If you monitor your data connection, you might be able to see how packets of data are constantly being transmitted and received by various built-in apps and services, beyond the average’s user control. To view (some of) these bandwidth consumers, several applications on Google Play Store are available.

Just to give you a vague idea, here’s a list of some system applications running on Android :

On top of providing the above list, you also have the possibility to manually choose if the system applications and services can connect using data and / or wifi. However, despite playing with these systems, there was still some invisible data transfer eating the mobile credit.

A wild guess to explain this is that in non-rooted devices, there are still other services and apps that an average user can’t control and hence, impossible to restrict these specific internet usage. Most probably a rooted-device can eliminate those unexplained data transfers since such devices give you a complete control of your device. For those who don’t know about rooting, it is a process (sometimes risky) in which you take control of the administrative account of the device. This account is not automatically made available in every Android devices sold since it ensures that the users or other apps do not mingle with the core software and perform irreversible damages.

Personally, I haven’t found a way yet to prevent any additional data other than Facebook from being transmitted while connected to mobile data. To be sincere, I did find a way in which no credit was used up while I was surfing on Facebook. For that, I used an old Nokia phone running Symbian. Even after browsing for several minutes, not even 1 cent was deducted from my account but I’m damn sure that none among you will want to give a try.

One last piece of advice : If you notice that only a few cents have been charged for every 5 minutes of Facebook activity, do the Maths to know what will happen if you keep using Facebook during the whole day….

Keep this in mind : No one gives anything for free…

Disclaimer : This blog post aims at giving an idea of how data is transmitted without the knowledge of the average smartphone user. Several areas have been simplified to keep the topic simple and straight-forward. Any suggestions are the most welcomed to improve the post. Thanks!

7 thoughts on “Why is your credit getting low even with Orange’s free Facebook?”