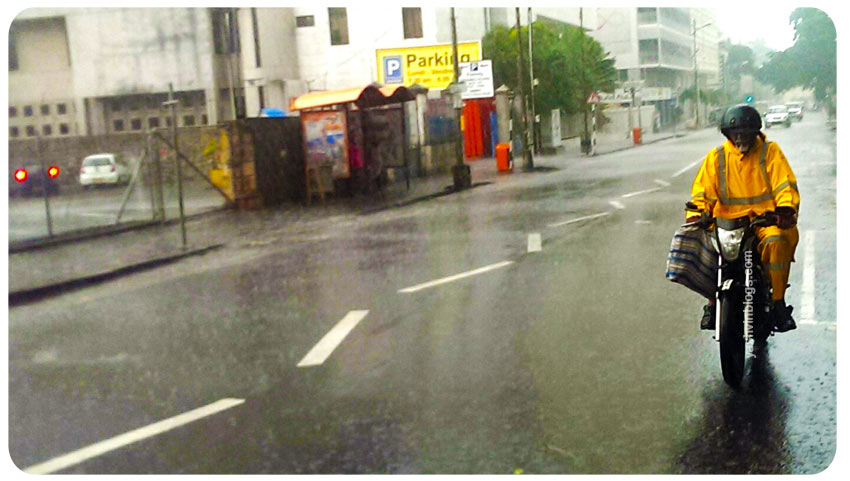 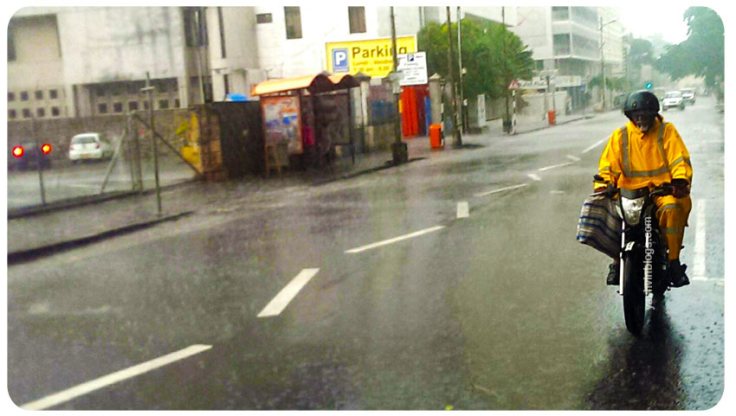 After the flash flood of March 2013 and the terrific torrential rainfalls during the past couple of months, it’s a hell every time it rains heavily in Mauritius. While inhabitants of several regions fear of having their houses over-flooded again, the situation on our roads is getting worst and sometimes chaotic, like this evening in the region of Ebene, which btw probably deserves the Worst Design & Infrastructure Award ever.

The situation in Port Louis was fortunately less critical, at least for me. I have seen worst days.

To avoid the usual dense areas, I took other alternative roads to get out of the capital. Once I reached Ebene, the large flow of vehicles driving in and out of the region (Ebene & Rose Hill) paralyzed the whole road infrastructure for several long minutes. It was practically impossible to get out of it either because all entry and exit points were jammed. I have never experienced anything similar before. To reach Rose Hill from Port Louis, I finally had to go through Quatre Bornes after managing to escape from the dense traffic jam in Ebene. It took me one and a half hour but there were definitely less lucky ones who got stuck there for hours.

With the increasing number of vehicles on our roads, traffic jams were already a major concern for our existing road infrastructure. But with the frequent rains and limited usage of the Terre Rouge Verdun Link Road, especially if it rains early in the morning, practically every one gets late for school and office, with serious consequences for the economy. There’s unfortunately no magical solution to this problem and I can’t see how the authorities can deal with it right now. Suggestions are the most welcomed.

However, you can probably avoid getting stressed in these traffic jams by leaving your house earlier in the morning or staying in office more late than usual.

An after-office beer isn’t a bad idea either, especially in the rain 😉

Take care and keep tuned to the blog!

2 thoughts on “I survived the post-rainfalls traffic jam, again.”