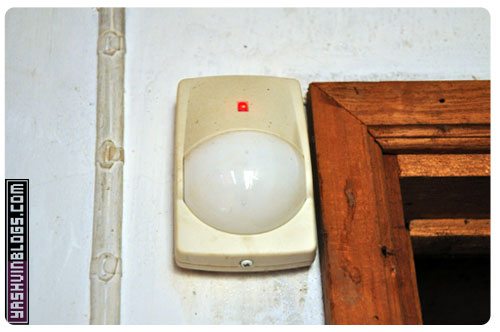 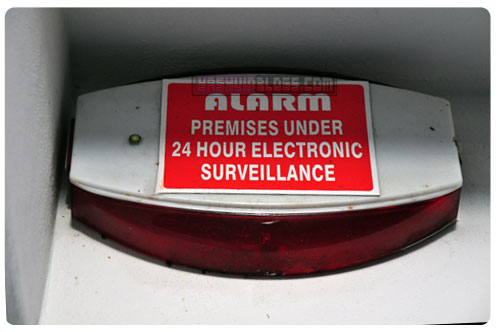 Today, I will be talking about something which we generally ponder about when it is already too late. When I say “too late”, I mean that most probably, thieves have already paid you a visit and carried away a big fortune. Nothing illustrates that better than the creole expression: “Après la mort, la tisane”.

Some years back, when returning home back from work, my parents noticed that the back door was open, with the door lock in pieces. Nearly all jewellery and some cash have been carried away. We never got them back. Within a week, we got an alarm system installed, all doors secured (because since thieves came in, they probably made copies of the keys) and an additional lock (Cadenas) on some doors from the inside.

Since then, we feel much more secure while leaving home everyday. The first days after the installation, it is pretty painful because the alarms keep going on now and then. After some fine tuning, the alarm still goes off a few rare occasions (probably because of a window left open or some lezard or insect moving inside the house).

How does the alarm system work?

Technology keeps changing. New things are introduced, existing ones improved and more efficient. I will just rapidly go through a few techniques used :

The PIR (Passive InfraRed) sensor is a motion detector that uses infrared light. You probably seen them in bank : they have a red led light which goes on when you go pass them.

The Vibration sensors are installed on window security bars. The alarm goes on when the structure vibrates in the event a burglar is trying to attack the structure to enter the house or even when a huge lorry is passing by, causing windows to vibrate. That’s why there is some fine tuning to be done after the installation.

Magnetic field sensors are used on doors or windows. If the system is armed, the alarm is triggered whenever someone tries to open the door or the window. 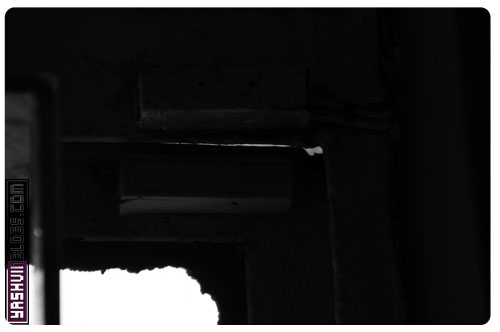 Finally, each alarm system has access control keypads which allows you to key in your pass code to arm, disarm or trigger the alarm. Configuration of the alarm system is sometimes also done via this keypad. And just as your car alarm, you also get a pair of remote controls. 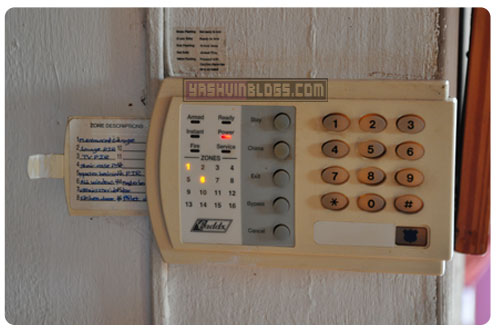 Don’t become parano by watching thieves disarming alarm systems in banks etc. Be prepared to face them. Are you?

Bad things happen when you really don’t expect them.

12 thoughts on “Is your home secure?”