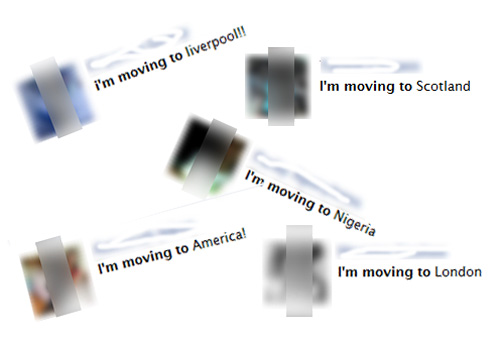 Facebook has become the ideal ground to do new things like conducting experiments, inventing games and also for  sharing news and rumors. The success partly lies on the ‘fun’ and friendly aspect of the widely accepted social networking medium.

Since a few weeks, you have surely noticed some announcements from your Facebook female-friends about them moving to a new country. Of course, when you suddenly discover that one of your best friends is moving to America or Paris, you might probably say : “WTF?”

Let me tell you that they are moving nowhere. It is just one of the games or experiments on Facebook. And they find it “funny” to communicate (with whom?) with those “coded” messages.

How did this spread on Facebook? I mean, the coded message and how to decipher them. In fact, the girls are sending those via Facebook messages that’s why you (guys) haven’t understood a single bit of the whole thing. Point to note : While reading some pages on Facebook, I noticed that lot of girls were kept out of the loop. Consequence : They posted msgs like “Y?“, “When you going?” and etc…

Here’s the ‘secret’ message sent in among girls :

So, I am officially revealing the secret to those who haven’t understood why their friends are running away :

Oops, it is no more a secret now, some of them gonna hate me! 😛

And guess what? A few hours ago, I came across another one : 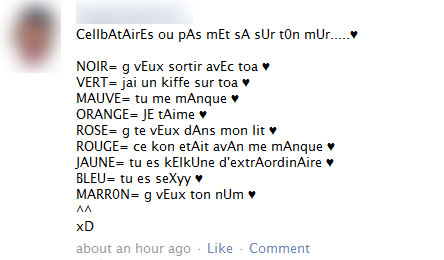 Coming back to today’s topic, if your friend wrote that “I’m moving to Paris” for instance, that’s some sort of way to say that she is taken up. If you are looking to go out with someone, you should probably look for someone who is trying to move to Ireland or Nigeria.

So, where are you moving today?

My advice : Be careful or you might end up homeless and hopeless 🙂

30 thoughts on “So, where are you girls moving today?”