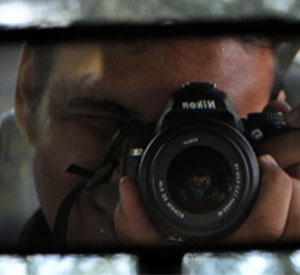 Digital cameras do not have unlimited life, as most of us believe… They will die someday, just like any one of us.

We all know the limitations of the old cameras among which is the film roll capacity, 12/24/36… Only the most important moments were captured on the film and later processed. However, with the invention of digital cameras and larger memory cards, everything changed… Many of us click at anything.

Yeah, absolutely ANYTHING that comes in front of our eyes!

Counting the number of clicks…

Just like human’s have a average life expectancy, let’s say 80 years, cameras have one too; determined by the number of actuations. That’s the number of pictures you shoot with your camera.

Before continuing any further, let me bring one precision. By saying that the camera is dead, I actually mean the Shutter Unit. For the sake of simplicity, the shutter unit opens to allow light to enter the sensor for a definite time (shutter speed). Hence, each time you press the button, that’s one actuation.

Each camera model has it own average shutter life expectancy. [check yours here or just google it].
For example, the Nikon D5000 has an average of 100,000 shots.

However, that number is only an estimate. Your camera can and will probably hold for a much higher number!

Once the ‘camera’ dies, the shutter unit can actually be replaced by professionals. However, it takes long (perhaps years) to shoot those thousands of pictures and when it actually dies, it would be most probably time to upgrade your camera. And it might also not be worthy to replace it, depending on the value of your camera.

Henceforth, I will be using my d5000 more intelligently… Thinking before shooting to get the best result instead of shooting loads unnecessarily… And you should adopt the same technique too, if you care for your camera shutter unit!

I guess that most of you were not aware about this fact, am I right? 🙂

So, now you got another additional reason to keep tuned to yashvinblogs.com for more informative posts!

Join my facebook fan page or get these posts directly into your email!

18 thoughts on “Beware! The days of your camera are counted…”